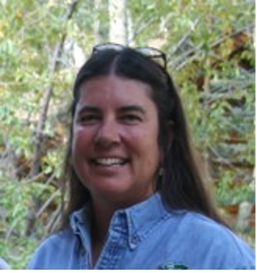 Dear Friends,
I’ve been encouraged to share my thoughts here again, while I said most of what I needed to say in the last newsletter, the world has changed in the last two weeks. This has made me reflect on our lives in this special place we make our home.

We all live busy, blessed lives in this incredibly beautiful place – enjoying the outdoors as much as we can while we care for our families, our friends and ourselves. It’s difficult to consider taking on anything else with the lives we lead. Which is why what is happening in the Ukraine is so amazing. Everyday citizens there are standing up for their country and their lives against huge adversity. They have my admiration and respect and love.

In our valley we have differences of viewpoints and backgrounds. Differences that will ultimately shape the immediate future of our valley with long lasting effects, through the people we elect. Asking for even a small amount of your time, does not come easily. Time may be the most precious thing we have, so if it was not important, I surely would not ask.

We need people to show their support for the work our current commissioners are doing with the Land Development Code. We need people to participate in the planning sessions that are happening at the courthouse, days and times can be found on the county website, wwwtetoncountyidaho.gov. Additionally, the Teton County Democrats are looking for three people to step up and serve as precinct captains in precincts 3, 5 and 7 and we will need volunteers to help in all the precincts as we get closer to election season. And of course, we need donations to carry out our work.

Our county is worth working for and worth sharing some of our precious time to help keep our valley the place we want it to be. It is also rewarding to work with people who share the same vision and hopes you have. Please consider becoming involved.

For those of you who are involved – thank you so much!

Stay well and pray for peace.

The Teton River has long been recognized as one of Teton Valley’s most treasured assets, a mecca for fishing, wildlife, and recreation. However, over the last few years, many river users have become concerned by burgeoning growth in river recreational use. This growth accelerated during the covid pandemic with increased tourist visits to Teton Valley resulting in over 62,000 river recreation visitor days in summer 2021.

The Teton County Board of County Commissioners (BOCC) responded to citizen concern in 2021 by implementing summer measurement of visitor use levels and opinion surveys to learn user perspectives about use levels, resource impacts, and potential management options. Over the year the BOCC and staff learned more about County authority over local waterways that are primarily on private lands. Late in 2021 and again in early 2022 the County worked with a capable consultant team to host two well attended public Charettes to further explore river user perceptions and ideas for management.

One product of those public meetings is a draft river recreation ordinance now being considered by the Teton County Commission. Once adopted, the ordinance will frame future recreation management on Teton Valley waterways and lead to the establishment of a Teton Waterway Recreation Advisory Committee.  This committee will be composed of a diversity of river recreation interests and charged with developing additional tools for river user education and recreation management. The BOCC anticipates having the ordinance available for public comment in April 2022. 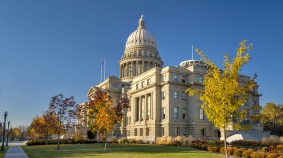 Midwinter marks the beginning of the Idaho Legislative Session. The 2022 Session had a very slow start due to some(?) rolling illness in the House and Senate.

The week of Feb 7th saw things speed up like Jaelin Kauf picking through a slope of moguls. Numerous election bills were printed, including a monster from Rep. Moon seeking to eliminate Election Day registration and institute provisional ballots. The Clerks Association will be testifying against the bill based on its utterly unworkable mechanics and contradictions, though we assume it will sail through the House State Affairs Committee (often described as the bar scene from Star Wars!). Public comments should be focused on the Senate to kill this bad bill. Stay tuned.

The two main buzz phrases that sum up this session are “property tax relief” and “surplus, as in how can I get my hands on it.” With this in mind, after years of systematically underfunding critical needs, the first use of the budget surplus was to create a tax shift away from the millionaires on to the middle and lower classes with an income tax break. Essentially the bill (HB741) steals $37 million from local governments (which would provide actual property tax relief) to write $13,000 checks to millionaires. Of course, we all know the best way the Legislature could provide property tax relief would be to fund education (school funding is 40% of your local property tax bill!).

So, what to do?
Let’s face it, the people that make decisions in Idaho are Republicans. The most effective Idaho Dem politicians find common ground across the aisle (yes, it does exist), and then use their political capital wisely. We, as constituents, can do the same. Beating the partisan drum as I have done above is fun and good for the heart.  But it will fall mostly on deaf ears. Legislators are presented with many ideas/bills during the session, so giving succinct education on an issue is appreciated.
Tips for communicating with your Legislators: